FREE DELIVERY IF YOU SPEND OVER £50

NO DELIVERIES ON BANK HOLIDAYS

Receive next working day
If ordered before 12 noon

No hidden fees
just pay what you see

Gift Message
Available at the checkout Serve your beer perfectly at home with a Blue Moon branded glass. These limited edition Blue Moon glasses have been Artfully Crafted by local artists.

Our Guarantee to you

We delight through our service, our care does not end until your delivery is at your door. We aim to resolve any issue in a friendly manner to your satisfaction.

If order before 12 noon

Once in a Blue Moon

The story begins in the Sandlot Brewery at Coors Field in Denver, Colorado, at the beginning of the 1995 baseball season. After earning his Ph.D in brewing from the University of Brussels, the founder and head brewmaster Keith Villa returned stateside with the goal of brewing beers inspired by Belgian styles, with a refreshing twist. Amongst the many beers one fan favourite emerged, in true baseball fashion they called it 'Bellyslide Wit'. During a tasting of the beer someone said, "A beer this good only comes around once in a blue moon," and thus Blue Moon 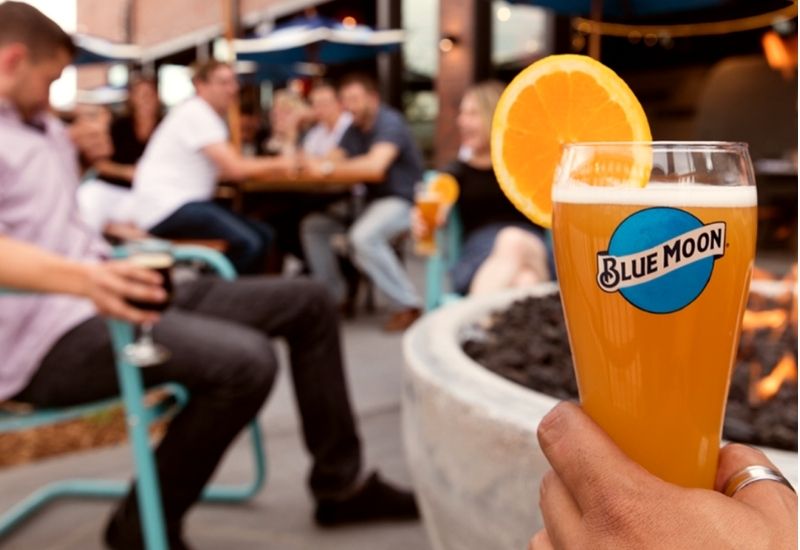 Complete your experience with the following items: More from the Range Subscribe to our newsletter to get 15% off your next order, and receive the latest offers, recipes, gifts and more!

Do not share with anyone under the legal drinking age. *Please don't tick this box if your computer is used by persons under the legal drinking age. You must be 18 years or over purchase alcohol/products which contain alcohol from this website. Be aware that all purchases of alcohol are subject to an online age verification procedure. It is a criminal offence for anyone under the age of 18 to buy or attempt to buy alcohol, and for anyone buying or attempting to buy alcohol for persons under the age of 18.  Please drink responsibly. For the facts, visit www.drinkaware.co.uk.

Subscribe to our newsletter to get 15% off your next order, and receive the latest offers, recipes, gifts and more!

Do not share with anyone under the legal drinking age.